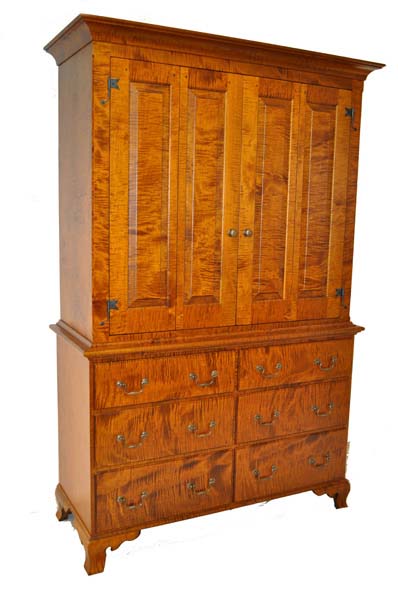 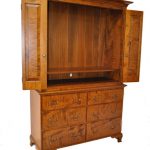 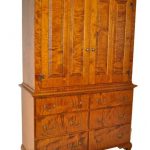 FUN HISTORY FACTS:
Traditionally, a linen-press (or just press) is a cabinet, usually of woods such as oak, walnut, or mahogany, and designed for storing sheets, table-napkins, clothing, and other textiles. Such Linen-presses were made chiefly in the 17th, 18th, and 19th centuries and are now considered decorative examples of antique furniture.

Early versions were often quite plain, with some exhibiting carving characteristic of Jacobean designs. Examples made during the 18th and 19th centuries often featured expensive veneers and intricate inlays, and were designed to occupy prominent places in early bedrooms as storage closets for clothing.